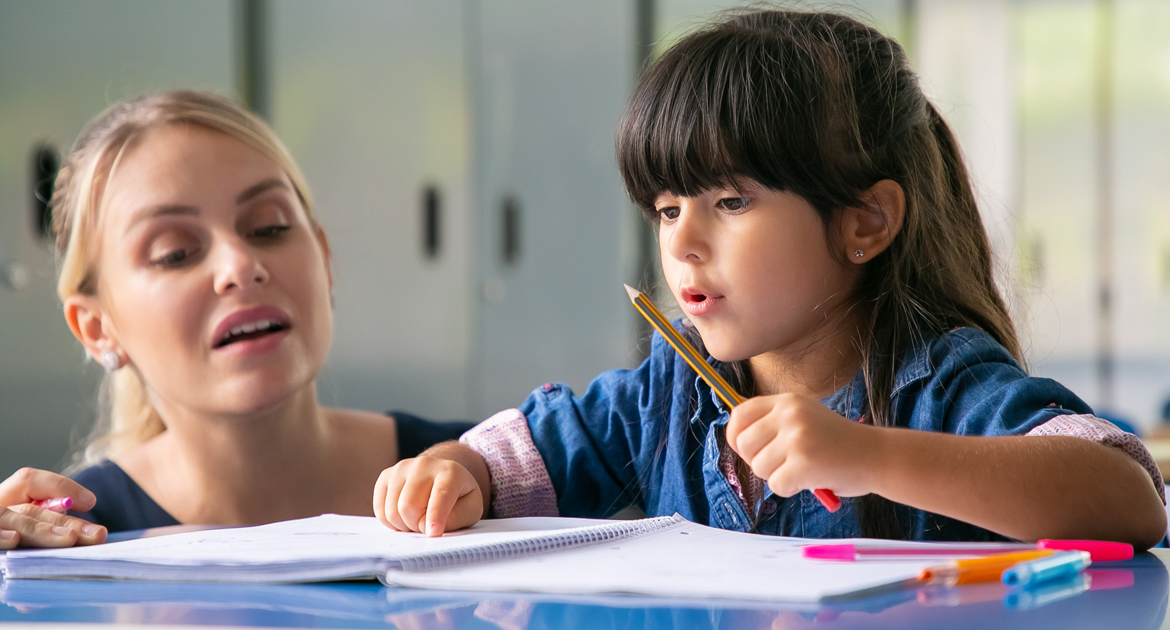 Setting:
As part of the “local history” social studies unit in Mr. Ochoa’s third-grade dual language class, the students had been engaged in studying the role of agriculture and the lives of farm workers in the region. They had recently engaged in a dialogic read-aloud (in Spanish) of the book, Primer dia en las uvas (First Day in Grapes) by L. King Perez. It is a story about a boy named Chico whose father is a migrant worker. September is both the start of the grape harvest, and also of course the start of the school year, so Chico is enrolling in third grade in a new school—and the book focuses on the challenges of entering a new school. Mr. Ochoa has selected the book for its relevance to the social studies theme, but also because of its authentic and respectful depiction of the lives of Spanish-speaking farmworkers, and because it reflects the experiences of many of his students.

There are two key objectives Mr. Ochoa is honing in on for language arts—the use of figurative language (part of the Language Arts standards), and the art of translation (an important part of biliteracy pedagogy). The focus on translation validates home language and the language practices that many young bilingual students engage in regularly in their lives, and Mr. Ochoa is eager to send a message that translation is a complex and worthwhile endeavor.

The focus on translation validates home language and the language practices that many young bilingual students engage in regularly in their lives, and Mr. Ochoa is eager to send a message that translation is a complex and worthwhile endeavor.

Lesson: Asi se Dice—a focus on the art of translation
The strategy Mr. Ochoa is using today is Así se Dice (That’s how you say it). But before he begins focusing on the text, he engages the class in talking about their own experiences with translation. “Do you ever translate from Spanish to English or English to Spanish? For whom? What is it like for you to do it? What are the challenges?” The students have a lot to say. There is pride in being able to do it, and there are several funny stories about mistakes. Miguel speaks of his embarrassment when he has to translate for his mother and her doctor. Mr. Ochoa takes this opportunity to celebrate his students’ growing bilingualism and how useful and important bilingual skills are in our world.

Mr. Ochoa continues the lesson by talking about the distinction between literal translation and translating for meaning. He has given students one paragraph of text from the book. Working in pairs, their task is to translate it into English in a way that is meaningful and true to what the author is trying to convey. Mr. Ochoa has purposely chosen a portion that has figurative language in it. As the students set to work, he circulates listening in on their conversations.  Two boys pause over the word “señorita.” Does it mean little lady? Should they translate it that way? No, they agree that in English it doesn’t sound right to use the word “little,” and they decide to use “young lady” instead. But then they come to a Spanish expression, “¿Me tomas el pelo?” Translated literally, it would be “Are you pulling my hair?” That doesn’t sound right to them, so they go back to the story again to make sense of what the expression means and how it is being used. One student says, “I think we could translate it as ‘Are you kidding me?’ or ‘Are you teasing me?’” They agree on “kidding,” and like that solution. Another pair of students is made up of one native Spanish speaker and one native English speaker. The native Spanish speaker explains the idiom and the native English speaker responds that there is an idiom like that in English. They decide upon “Are you pulling my leg?” for their translation.

When the group is reconvened, Mr. Ochoa asks how the various groups handled the translation of that expression. This starts a lively discussion of idiomatic expressions and of the role of a translator. Mr. Ochoa draws a T graph—one side for Spanish idiomatic expressions and the other for English, and invites students to come up with a list of various idioms they have heard in either language. As students start putting some on the chart, there is much laughter and creativity and good discussion about cultural contexts as they work on how each expression might be said in the other language. Mr. Ochoa stood back and marveled at the way his bilingual students were exploring not only figurative language but cross-cultural understanding as well.