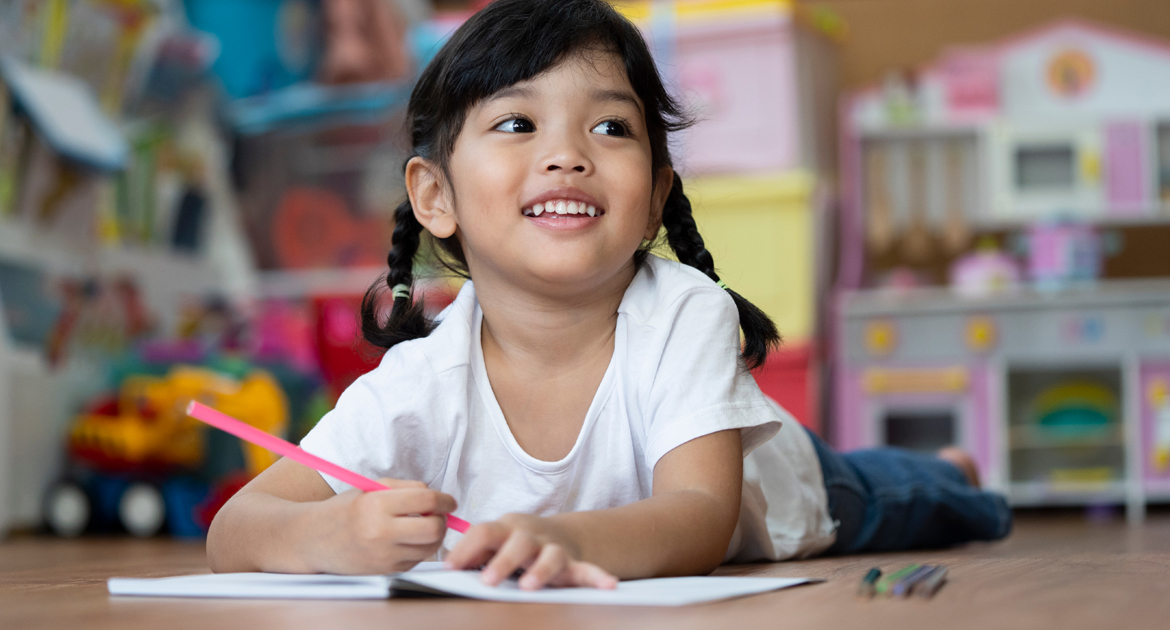 First Grade: English-instructed classroom with a group of seven Multilingual Learners who all speak Spanish.

Setting:
The “mighty biologists” in Ms. Hart’s first-grade class have been immersed in a “Survival in the Rainforest” thematic unit exploring science concepts about how the structures and behaviors of animals and plants are perfectly adapted to their environment. Focusing on the rainforest habitat, they have interactively read a number of books and viewed videos about the sloth, the poison dart frog, the piranha, and the kapok tree. From day one they have been chanting songs infused with the academic vocabulary for the unit—words like adaptation, habitat, protection, predator, characteristics, canopy, and survival. They have transformed the room with a mural depicting the layers of the rainforest—the forest floor, understory, canopy, and emergent layer. And now to culminate the unit, the teacher is setting them up for an independent writing task about how animals and plants survive in a rainforest. Students will be able to choose to write an informational piece about any one of the many animals and plants the class has been exploring. Ms. Hart knows that from a content point of view, her students are ready for writing. They have acquired so much knowledge about rainforest animals and plants; they have strong vocabulary about the topic; they have read, examined, and talked about the structure of multiple informational texts about the rainforest; they are excited; and, most importantly, they seem to have a lot they want to say about what they have learned.

In addition to the whole class’s focus on the difference between narrative text and informational writing, Ms. Hart has been working with her Multilingual Learners in Designated English Language Development (ELD) time on the language function of “description” including use of adjectives, key description verbs (e.g., can, are, have, looks like), and inherent academic vocabulary related to description (e.g., is comprised of, characteristics, contains, etc.). Although the teacher does not speak Spanish, her colleague across the hall has been helping her understand some of the key structural differences between English and Spanish, and she is excited to do some cross-language practice during Designated ELD on the placement of adjectives in English before the noun in contrast to Spanish where the adjective is placed after the noun. In order to differentiate between languages, she has written “the brown piranha” with a black marker and “la piraña marron” in blue on her little white board. After she pointed out the difference in adjective placement, the group practiced applying the English rule of “adjective before noun” talking about various familiar objects in the room. They also reviewed locational prepositional phrases that would be useful in talking about animals in the rainforest by moving a small sloth manipulative around a poster of the rainforest, using phrases like “on the branch,” “in the tree,” “under the canopy.”

Lesson: Scaffolding writing informational text in Integrated and Designated ELD
Today, to scaffold students into writing informational text, the whole class begins a shared writing task to write a collaborative paragraph about the sloth. Ms. Hart has already written the topic sentence on a sentence strip: “Sloths have many structures and behaviors that help them survive in the rainforest.” In small groups of four, students put their heads together to brainstorm a sentence that would expound on the topic sentence. As students start talking about what they know about the sloth and its adaptations, she notes with satisfaction that many students are turning and looking at the walls of the classroom as a resource—which now, after four weeks of the unit, are adorned with the text of rainforest chants; labeled photos and diagrams about various plants and animals in the rainforest; a student-labeled “Botanist’s Greenhouse;” class-generated graphic organizers documenting the content learning in the unit; as well as a language function chart on the description with sentence frames and graphic organizers. These visuals remind students of what they have learned and give them ready access to the language and vocabulary they may need in structuring their sentences. Juan, one of the Dual Language Learners (DLLs) who is often quiet in group activities, appears apprehensive about participating with his group, so Ms. Hart gently takes his hand and leads him over to the class-created poster of the layers of the rainforest with various plants and animals. “What do you know about sloths surviving in the rainforest?” Juan points to the sloth hanging from the tree branch. “That’s right, that’s the sloth. What do you know about how the sloth survives in the rainforest?” she asks. “His color,” Juan replies. Ms. Hart amplifies his statement, “Yes, the greenish color of the sloth is camouflage that helps it survive in the rainforest.”

Through open-ended questions, by amplifying his responses in ways that model full sentences, and selecting a sentence frame, slowly Juan’s knowledge is shaped into what he can contribute to the small group task. Juan returns to his group and confidently shares his ideas which become part of what they put on their sentence strip contribution to the whole class’s shared writing.

Visuals remind students of what they have learned and give them ready access to the language and vocabulary they may need in structuring their sentences.

After all of the groups have placed their sentence strips in the pocket chart, Ms. Hart reads the newly built paragraph aloud and the class works together to revise and edit, offering ideas about how to group the sentences for more coherence. The sentences that describe the sloth’s physical characteristics are all grouped together followed by sentences that enumerate behavioral adaptations. Slowly, the collection of sentences starts to look like a full informational paragraph, chock full of ideas about survival in the rainforest. Tomorrow the class will begin condensing sentences; modifying with adjectives and descriptive language to add details; and, editing to address issues of punctuation and spelling. In order to prepare, after the class has left for the day, Ms. Hart takes a step back to assess which writing skills she wants to emphasize with the class. She notices they could improve their cohesion and ability to create complex sentences, and there is somewhat random use of capital letters. These will be the foci for the whole class instruction as they look at strengthening their collaborative paragraph. However, she will work first with her small Designated ELD group, focusing on the ELD standard “connecting and condensing ideas” by combining clauses and using transition words “and,” “in addition,” and “another.”

By spending time with them in advance of the whole class lesson, these children will be able to participate with, and perhaps lead their peers, ensuring full access to the curriculum. Ms. Hart also knows that by the week’s end, the class will have a strong collaborative paragraph of informational text. In fact, she will type it up and send it home with all of the children listed as the authors! It will be a source of pride for them, and also an essential rehearsal for how to approach their independent writing assignment of informational text that will culminate the unit. Taking the time for this “we do” collaborative writing helps all of her students strengthen their writing skills, but it is absolutely essential scaffolding for her Multilingual Learners.