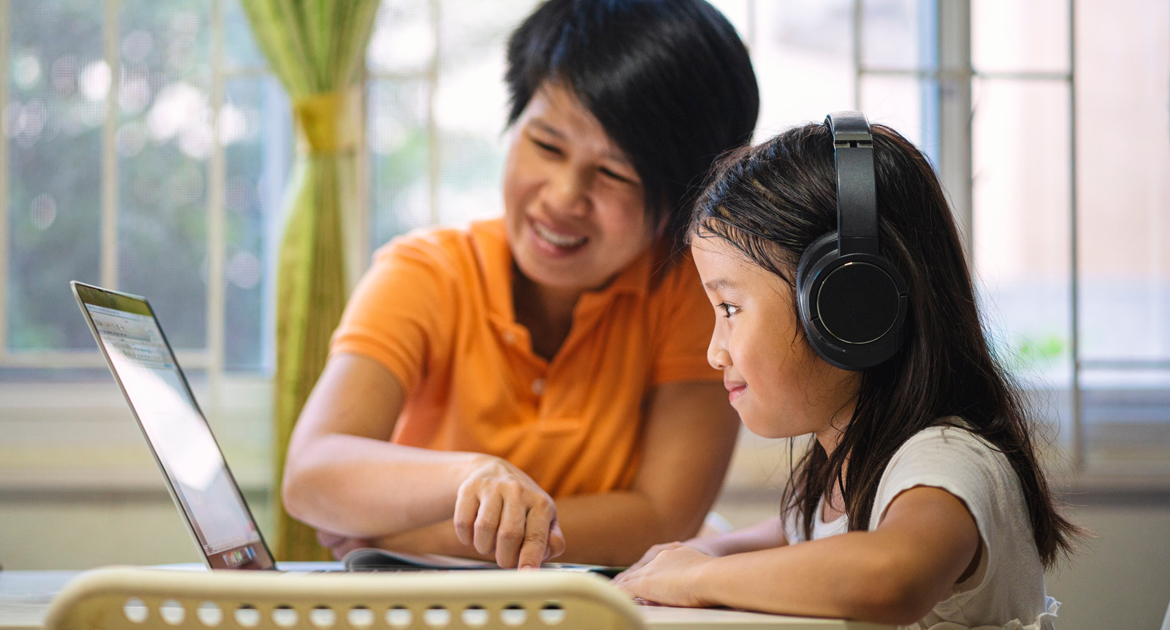 Setting:
Ms. Chamberlain’s second-grade class is in the early weeks of a social studies thematic unit on “Producers and Consumers” shaped around the economy standards. To keep families informed of what their children are learning, they all received letters at the start of the unit in their home language describing the key concepts (“resources, producers, manufacturers, and consumers”) of the unit, and alerting families that students would be using the language of sequencing to describe how products are produced and end up being purchased and used by consumers. While Ms. Chamberlain does not speak the students’ home languages, she wants families to engage with their children to reinforce concepts about the content of the unit, and also to give them an opportunity to discuss the concepts in their home language. And so, she assigned a Home-School Connection project. Each child was assigned to work with their family to think of some product they use at home, check where it was manufactured, and trace it back to the natural resources—where they got it, where it was made, and what it was made of. They were given a blank flow chart graphic organizer to practice talking about the order in which things happen, and the assignment included working with their families to create a poster depicting the process of some product from “resources” to “manufacturer” to “market.”

Ms. Chamberlain wants families to engage with their children to reinforce concepts about the content of the unit, and also to give them an opportunity to discuss the concepts in their home language.

Lesson: A Home-School Project that fosters understanding of the thematic content
Today is the day students are bringing in and sharing their Home-School Connection assignment posters. Manuel’s mother, Ms. Hernandez, came with him today to watch his presentation and Manuel is bursting from his seat with excitement. Ms. Chamberlain asks if he would like to “start the show.” Together they tape up Manuel’s construction paper poster, and he takes the teachers’ pointer to direct the class’s attention to the big label at the top of the poster: “Los pantalones!” he announces in Spanish. “That means ‘the pants!’”

Manuel proceeds to narrate the process from resources to consumers beginning with the cotton ball taped at the top and labeled Recursos, followed by an arrow to a piece of denim fabric labeled Productores, Levi’s fabrica, an arrow to a drawing of a boat distribudores and the word “Philippines,” another arrow to a drawing of a store with the red Target logo labeled comerciante, and a stick figure wearing pants labeled Consumidor Manuel! While what Manuel had developed with his family was in Spanish, he knew the key terms in English and was able to describe the process in English while also sharing the Spanish terminology on the poster with the class. With just a little support from Ms. Chamberlain, Manuel is able to describe in English how what started as cotton became his jeans. Manuel surprised them all by dramatically using his recently learned sequencing language in English to build suspense as he narrates, “And then, following that, and finally.” His mother beams with pride at her son’s bilingual talents, and feels proud of both the academic content and the language of his presentation.

Three days later, Ms. Hernandez peeks her head in the door at the start of school to show Ms. Chamberlain that the family has created a second poster—this time, a bright yellow-colored poster board with a Cheerios box affixed to the top, a photo of Manuel eating a bowl of Cheerios, the words “General Mills, Cedar Rapids Iowa” cut from the Cheerios box, and a stick figure of a farmer in a field that is labeled “oats and corn.” She explains it has become a fun family activity to look at the labels of products in their home and try to trace them back to where they had been manufactured and what they were made of. That’s when Ms. Chamberlain realizes that Manuel has really grasped the basic understanding that products we consume come from natural resources, and that there are multiple people involved in bringing products from the natural resource stage to consumers for use. “Gracias, Sra. Hernandez,” the teacher says using one of the few Spanish phrases she has picked up. “You know, Manuel learned so much and so well because of all of your support and help at home! ¡Gracias!”