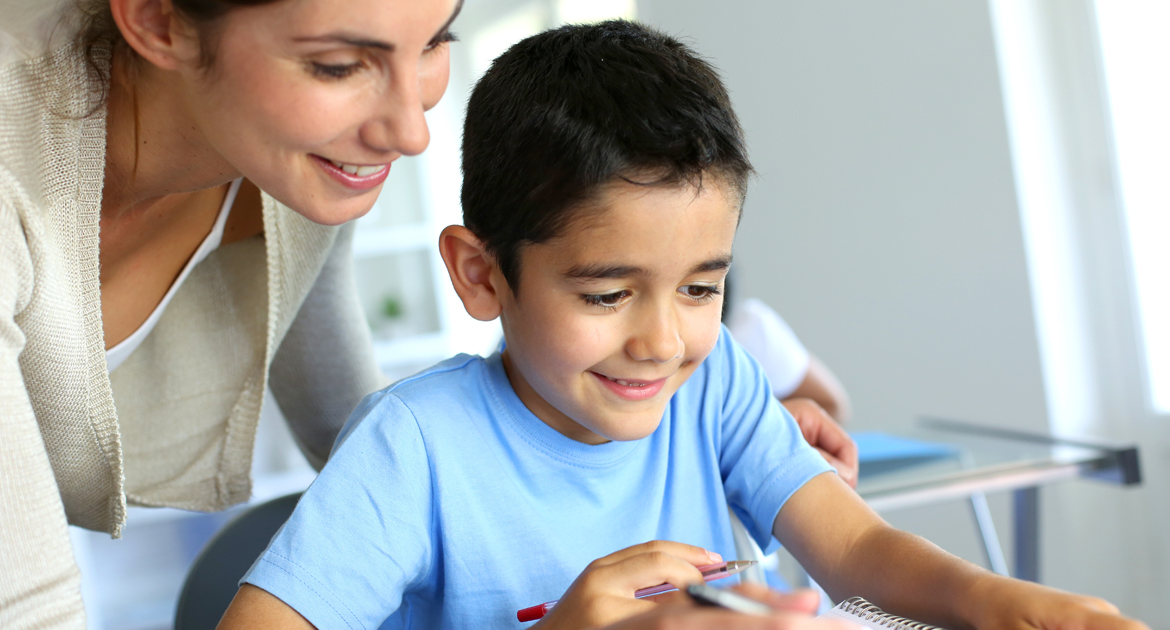 Setting:
The third-grade Dual Language class is deep in a science-based unit on fossils, integrating language in and through science content. The teacher, Señora (Sra.) López, wants to gauge how much content knowledge and how much descriptive language her students have absorbed in both Spanish and English. She has various strategies for engaging her students in formative oral language assessments, but is focused today on English. In listening to their conversations, she has noticed them struggling with some parts of English grammar, but it has been hard for her to capture. Today she is going to listen to them and record verbatim their responses to a prompt about what the class has been studying.

Lesson: Oral language assessments
Throughout the day Sra. López pulls aside small groups of her Multilingual Learner students to conduct an oral assessment. She records each student’s responses in a different color so she can later go back and analyze what they have each said in order to design her student responsive designated English Language Development (ELD). In this case, the prompt is: “Tell me about paleontologists and the tools they use.” David wants to share first. He says: “They have hammers, brushes, and un tornillo. The shovel of the paleontologist, they use for dig.” Manny speaks next: “He have a hammer. He have a shovel. All for dig and get fossils. He learn history of the Earth.” Elisa was next: “The paleontologist have tools for to dig fossil to learn history of the Earth of billones years. The brush of the paleontologist for clean the rock.”

There are several takeaways Sra. López notes: All three understood and responded to the prompt, and seemed to have a reasonable grasp of the content, and knew about the tools a paleontologist uses. Two of the students also mentioned the purpose of the paleontologist—to dig up fossils and learn about the history of Earth from a long time ago. She is pleased they grasped that level of content knowledge. Turning then to look at the language aspects of the assessment, Sra. López notes that David and Elisa each used some Spanish words (“un tornillo” and “billones”), and she figured they could use some refresher on the English vocabulary. She also notes that they were struggling with the conjugation of the verb “to have” and makes a note to herself to focus on this more intentionally with them during designated ELD. Sra. López notes in all three assessments several ways that her students were drawing upon their Spanish in constructing English sentences. First, she observed that David and Elisa had used the grammatically correct Spanish form of the possessive and applied it to English, substituting English vocabulary into the Spanish form as they spoke of “the shovel of the paleontologist” and “the brush of the paleontologist.” It is an approximation that makes sense (that is, is comprehensible), but she wanted her students to see how English and Spanish differ in how the possessive is structured. She also noted that all three of her students needed support with how to use the word “for” in relationship to the verb, another approximation from how the sentence makes sense when translated directly into Spanish.

Sra. López also notes that they were struggling with the conjugation of the verb “to have” and makes a note to herself to focus on this more intentionally with them during designated ELD.

That afternoon, Sra. López shares the dictation she had taken of her students with a fellow teacher to talk about how she might use this to plan her next week’s instruction. She begins to sketch out a transfer lesson on possessives for her whole class and some specific work on irregular verbs (have/has) with her smaller designated English Language Development (ELD) group. Unlike some other assessments she had administered this year and logged in her gradebook, she is excited by how straightforward this formative oral assessment has been and she now has some very clear next steps to support her students with exactly what they need next.